the re- and reiterative process of drawing

Since very early in development, it was decided Oliver would meet Caprice in the classroom. He’d sit down, look to his side, and next to him would be a girl with a top hat. And he’d probably regret sitting there. So, I got to work quickly. 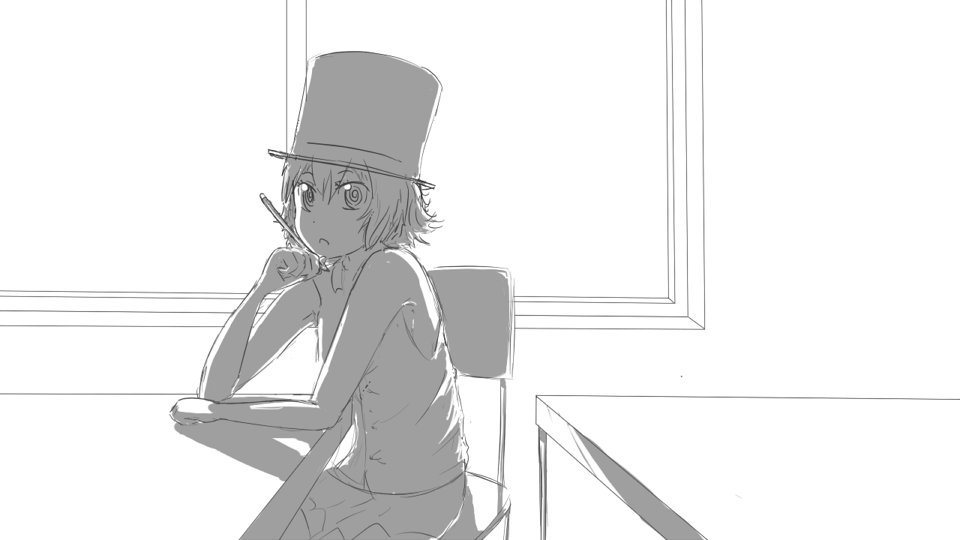 Look at her cute little skirt. And LONG pencil. At the time, I was still pretty known for my greyscale shading style.

But as an artist, I’m always improving, and my old stuff just wouldn’t cut it with the new stuff. So in between working on other CGs and slacking off, I redrew. 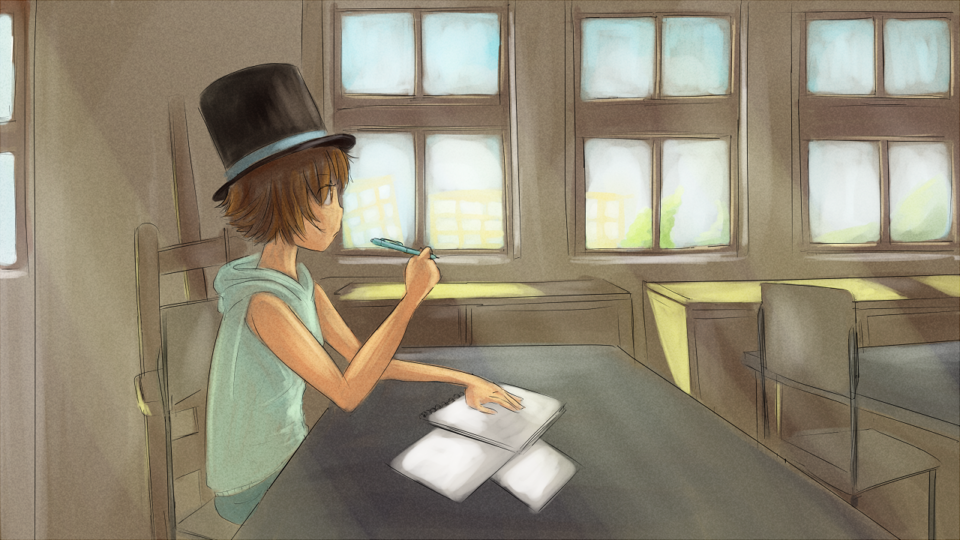 When we were still working on colors, trying to approach a style, I tried out a lot of stuff. I went through several things through every version of this CG trying to come up with something the team agreed would look good. 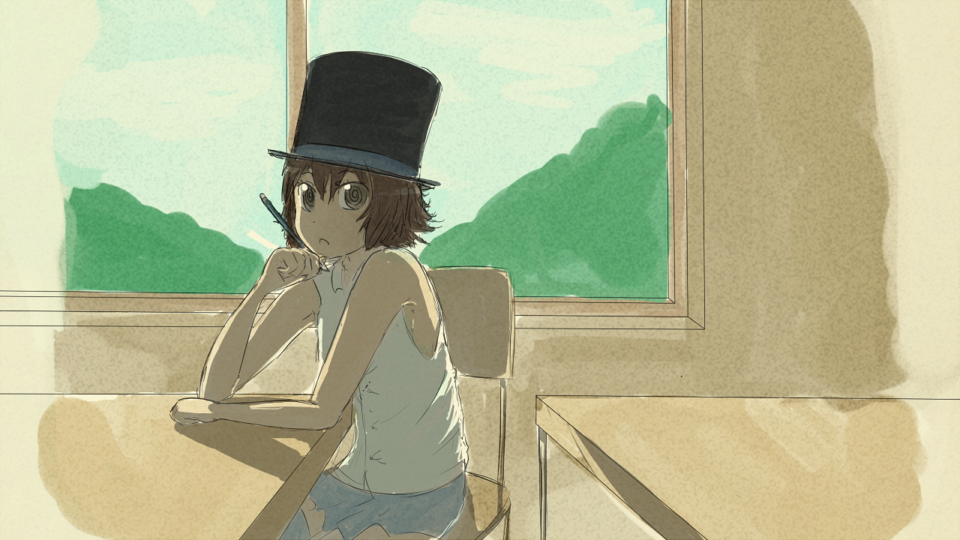 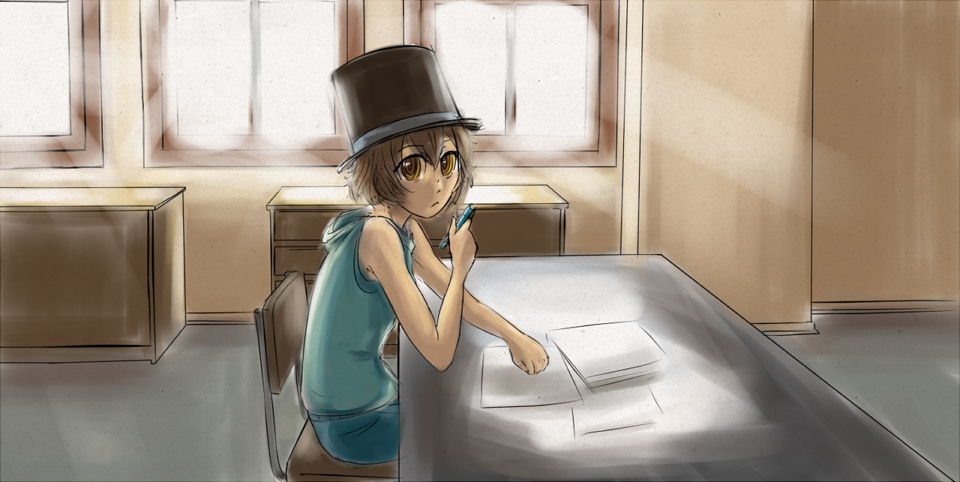 Sometimes I was a little out of my element.

But eventually it was decided Curchack, who had come up with a coloring style for our sprites and our BGs that we felt really fit our style, was the only one who could do the same with the CGs. I swear I didn’t just lazily push the work on to him. 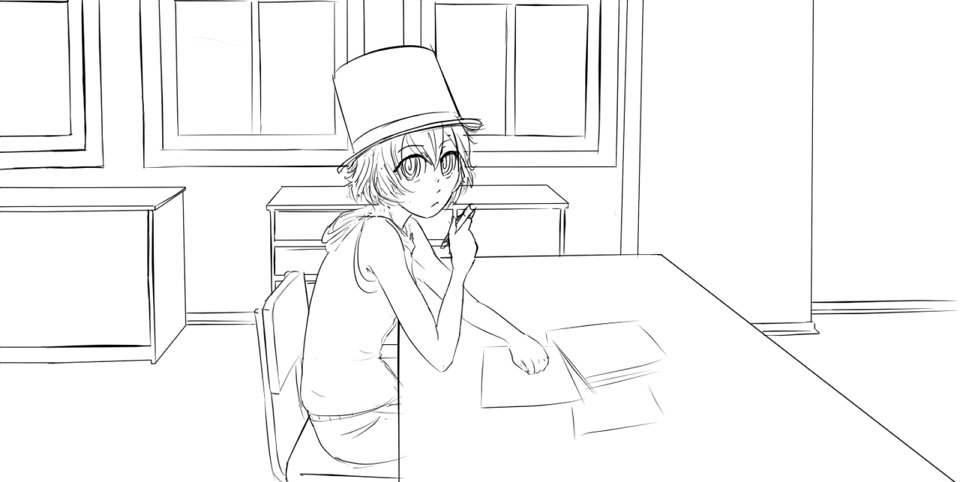 By the way, here’s the exact lineart for what appeared in the demo. She switched sides and position in the classroom after the previous ones because the writing had a specific place for her.

Still, time continues to wear on and I continue to improve and change as an artist, so revisiting again won’t hurt. 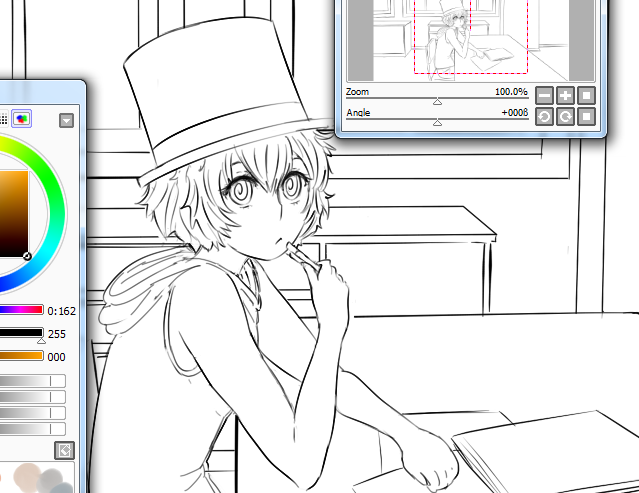 But it’s still a work in yeah you get it

What happened to Caprice's cardigan?

good job i knew you could do it

Want to see what what it feels like to have a million dollars in bitcoins. My bitcoin donation address is 3FsNSHj1HTvmTiKdr7NAFBpUo7CGVgsHNe lettheloveflow2015@gmail.com